← Alternative Sixties
Listening with the Eye →

‘Animals’ is sometimes labelled Pink Floyd’s ‘Forgotten Album’, as it didn’t enter the public consciousness as much as the albums they released before and after it. However, I don’t see how an album that sold so many millions of copies could be labelled “forgotten”. Some Pink Floyd records, like ‘A Momentary Lapse of Reason’ and ‘More’, have deservedly faded from memory, but there’s one lesser known offering that I think needs to be more widely appreciated: ‘Obscured by Clouds’. 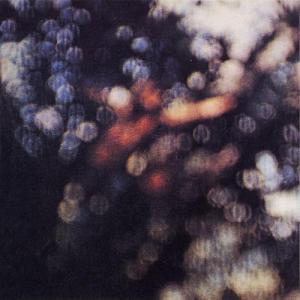 The album was recorded in two weeks in 1972, as the soundtrack to a French art-house film. I haven’t actually seen the movie, so I don’t know how the songs work in context. However, that means I can review the album on its own terms, as a stand-alone piece of art.

It’s part soundtrack and part song track; there are four instrumentals and six vocal numbers. The first two numbers are instrumentals and like many Pink Floyd compositions, they’re spacey and somewhat sinister. The synthesisers sound a little primitive compared to what would come later in the band’s career but I’d imagine the time constraints meant they couldn’t refine the sound as much.

The vocal songs which follow are a mixed bag. The album was recorded before Roger Waters took control of all the writing and vocal duties for the band, so the other writers/singers: David Gilmour and Richard Wright, get a chance to contribute. It gives the album a really eclectic feel.

The first vocal song is ‘Burning Bridges’ and I must admit that I laughed when I first heard it. At the time, I was used to the more angry/paranoid Pink Floyd, and this was downright hippy-like. Pretty soon I really grew to really like it. It was always destined to be great, because it had a winning combination of writing and performing: music by Richard Wright, lyrics by Roger Waters, with Wright and David Gilmour sharing vocal duties.

Following this are two strangely-titled songs, co-written by Gilmour and Waters: ‘The Gold It’s In The…’ and ‘Wot’s…Uh the Deal?’. The former is odd by Pink Floyd standards, because it’s such a straightforward rock song with a catchy guitar riff and some nice soloing. The latter is another laid back, hippy-ish tune that’s reminiscent of some of the songs on the album ‘Meddle’. The often-depressing Waters provided the lyrics, but they are quite cheerful here. These two tracks show what a great songwriting duo Gilmour and Waters were, and what range they had. It’s a shame that their working relationship was so fractious.

As I said above, I have a lot of time for Richard Wright as a composer too. He co-wrote a couple of other tracks here: ‘Mudmen’ with Gilmour, and ‘Stay’ with Waters. As a writer and singer, Wright often brought out the softer side of the music. It’s a shame that, like George Harrison, he was the quiet one of the group and was often pushed to one side. Music historians often overlook his contributions to the band.

‘Childhood’s End’ was written by Gilmour. After this, it would be fifteen years before he would write a song for Pink Floyd solo. He was pretty notorious for starting songs and not completing them, or just writing music and needing help with the lyrics. Gilmour isn’t that well regarded as a lyricist, but he acquits himself well here. The whole song has a proto-‘Dark Side of the Moon’ vibe to it, with a slow build up, similar to ‘Time’.

‘Free Four’ was penned and sung by Waters. As I’ve come to expect from Roger, it has acoustic guitar strumming and lyrics about war and death. He hadn’t really touched on these themes prior to this, unless you count the bizarre ‘Corporal Clegg’, some years before. He would certainly mine that seam later, with ‘The Wall’ and ‘The Final Cut’. It doesn’t sound like anything you’d hear on those albums though; the music is upbeat, in contrast with the dark lyrics. Waters isn’t a great singer, but he never let that put him off.

The album’s closer is an instrumental called ‘Absolutely Curtains’. It’s a moody, atmospheric track, that’s as good as anything you’d hear on one of the band’s more popular albums. I say it’s an instrumental, but it actually features chanting from a tribe in New Guinea (the setting of the film). The chanting begins very loudly and out of the blue, and I’ll freely admit it really made me jump when I first heard it, late one night. It’s credited to all of the band, but performance-wise, Wright is the star here: his piano, organ and synth are basically the whole show.

Although it might be a bit of a curate’s egg, I’ve really enjoyed revisiting this album. I’d probably rate it higher than ‘The Wall’ or ‘Animals’, but maybe that’s just me going soft. It’s an interesting curio from the time when this four-piece band was firing on all four cylinders. I think that Pink Floyd was greater than the sum of its component parts. When Waters became the ‘dictator’ of the band, they lost a lot of what made them so great. It just goes to show: democracy can work.

Posted on January 27, 2011, in Misophonic and tagged Pink Floyd, Review. Bookmark the permalink. Leave a comment.

← Alternative Sixties
Listening with the Eye →